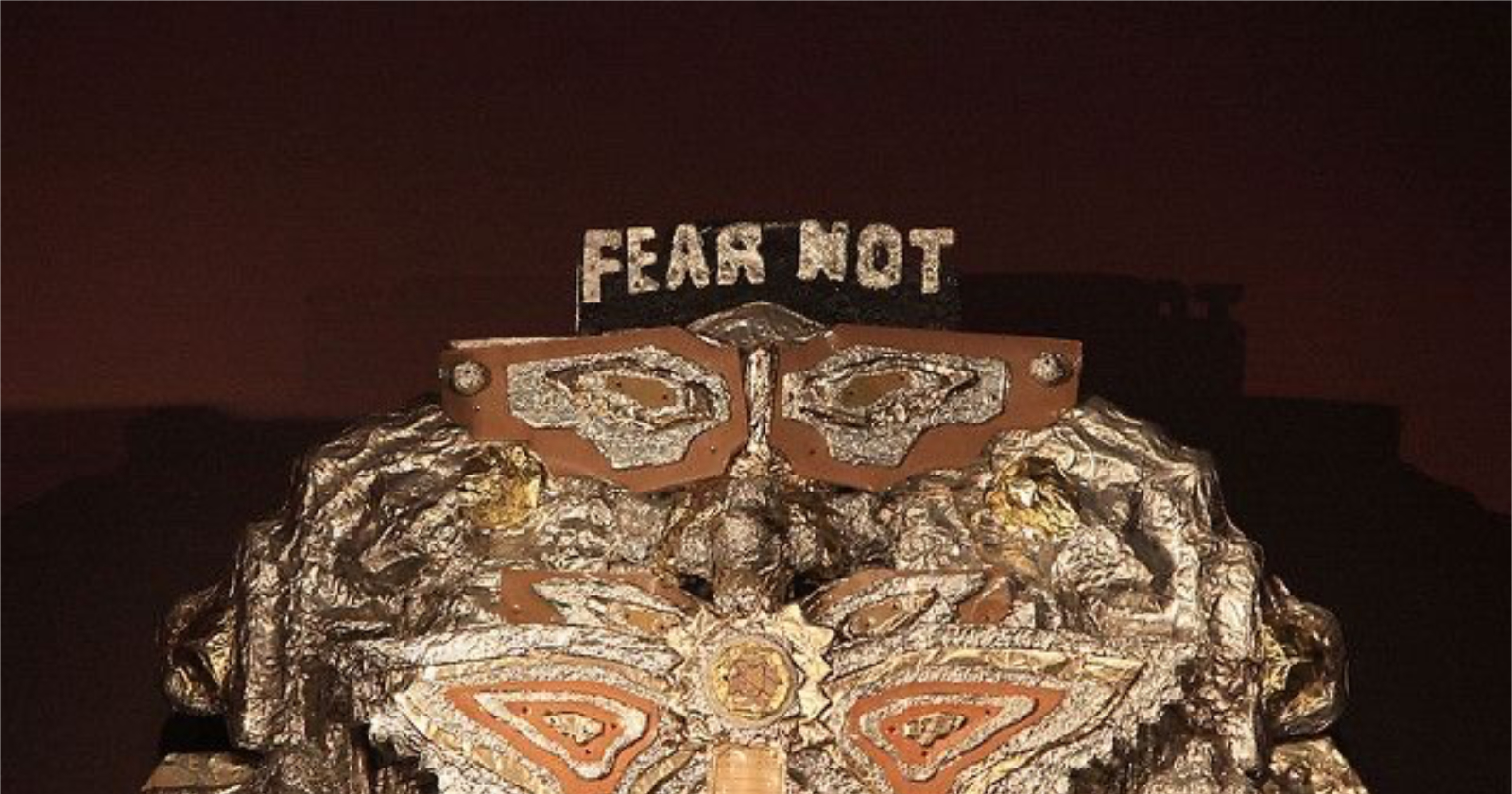 Because your skill is already enough.

James Hampton was an American outsider artist who worked in the second half of the 20th century. He was originally a janitor, but in 1950 he rented a garage on 7th street in northwest Washington, and over the next 14 years, he worked tirelessly, dedicating absolutely all of his free time to building what’s known as Throne of the Third Heaven of the Nations’ Millennium General Assembly.

He obviously lacked any construction and woodworking skills to build properly. However, his creations comprise perfect symmetry. Hundreds upon hundreds of small pieces of garbage precisely put together, jelly jars, lightbulbs, pieces of cardboard and shards of glass carefully wrapped with cigarette box tinfoil to represent silver and gold, assembled into majestic artworks and meticulously documented in Hamptonese — the whole new language invented by Hampton himself as a part of his mission. 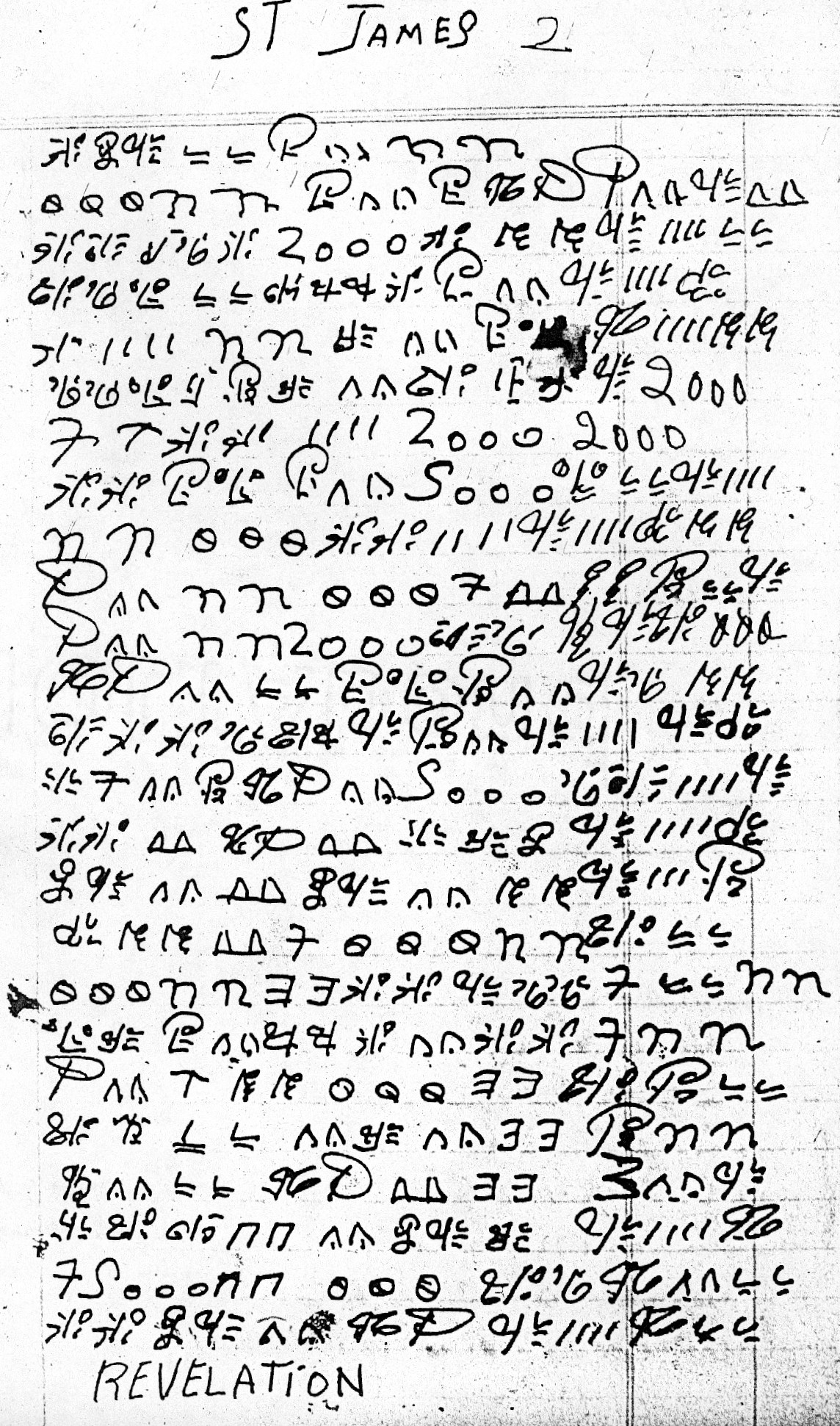 The artwork was so influential that after his death, even general people that have nothing to do with art felt like it was wrong to discard what Hampton have done, and contacted art collectors, after which the Throne was taken by the Smithsonian American Art Museum.

Hampton also influenced the art community and possibly put the age-old debate about what is art and what is not, to the rest:

If the resulting artifact alone is enough reward for the artist, it’s art.

Since I found out about the Throne, I’ve never been the same. James Hampton lacked skills and achieved everything that I ever wanted, he changed the outsider art, and quite possibly the whole art scene forever. Struggling with mental health issues, he persevered and found the way to make an impact, much more so than many healthy creators out there.

This very artwork inspired me to analyze my previous work and to take the whole new look on how I value skill and where should it really be among the abstract successful project prerequisites.

Skill is important but not crucial

The Code of Conduct generator was build in three hours and consists of minuscule amounts of HTML and JavaScript. Absolutely any junior developer could’ve built it. Not even a developer, but a person who know basic things about the web that can be learned for free in one hour on any free online course, could’ve built it.

Despite it’s simplicity, it’s got a Product of the Day award, in a fair competition with much, much more sophisticated products.

On the other hand, there is an absolutely enormous list of failed products which gets expanded every day. Just go on Product Hunt and see for yourself — there are products that required actual skills to build that barely generate any attention.

Knowing your skill and what you can and cannot do with it is more important than having a skill in the first place.

But there’s much more to it than that.

If skill is not that important, why do people keep building it?

In Russia, and probably in other countries where free higher education is available, there is a common phenomenon called straight-A syndrome. Basically, people get their bachelors, proceed to learn and basically never stop. They got masters, then Ph.D., and then they get a job with the same university, teaching the same things they learned themselves, to other people.

The actual level of proficiency of such people is extremely low. They usually fail to demonstrate any creative thinking when facing real-world tasks and only knew what was in the books, word by word. Basically, they never really apply their skills and knowledge to any real task.

Because it was never about the skills and knowledge. Staying in the uni forever just felt safe.

Contrary to the real world, university provides a deterministic, stable and comprehensive system of reward and punishment. You spent nights studying for the exams? Chances are that you will pass. Your chance is always proportional to the time you spent learning, which is not the case in the outside world.

The behavior like this is called workrastination. It doesn’t matter if I’m creative or not, it doesn’t matter if I can actually create something meaningful and impactful, as long as I’m working and studying and doing what i’ve been told to, the grief goes away. I feel rewarded. My brain doesn’t care if the reward system actually represents what helps to survive in the real world. My professors are the authority. If they reward me, there is no reason to feel guilty.

You should stop learning

Courses are a huge industry. As we already determined, the knowledge itself doesn’t matter to the affected ones — the only things that matter are reward and punishment. 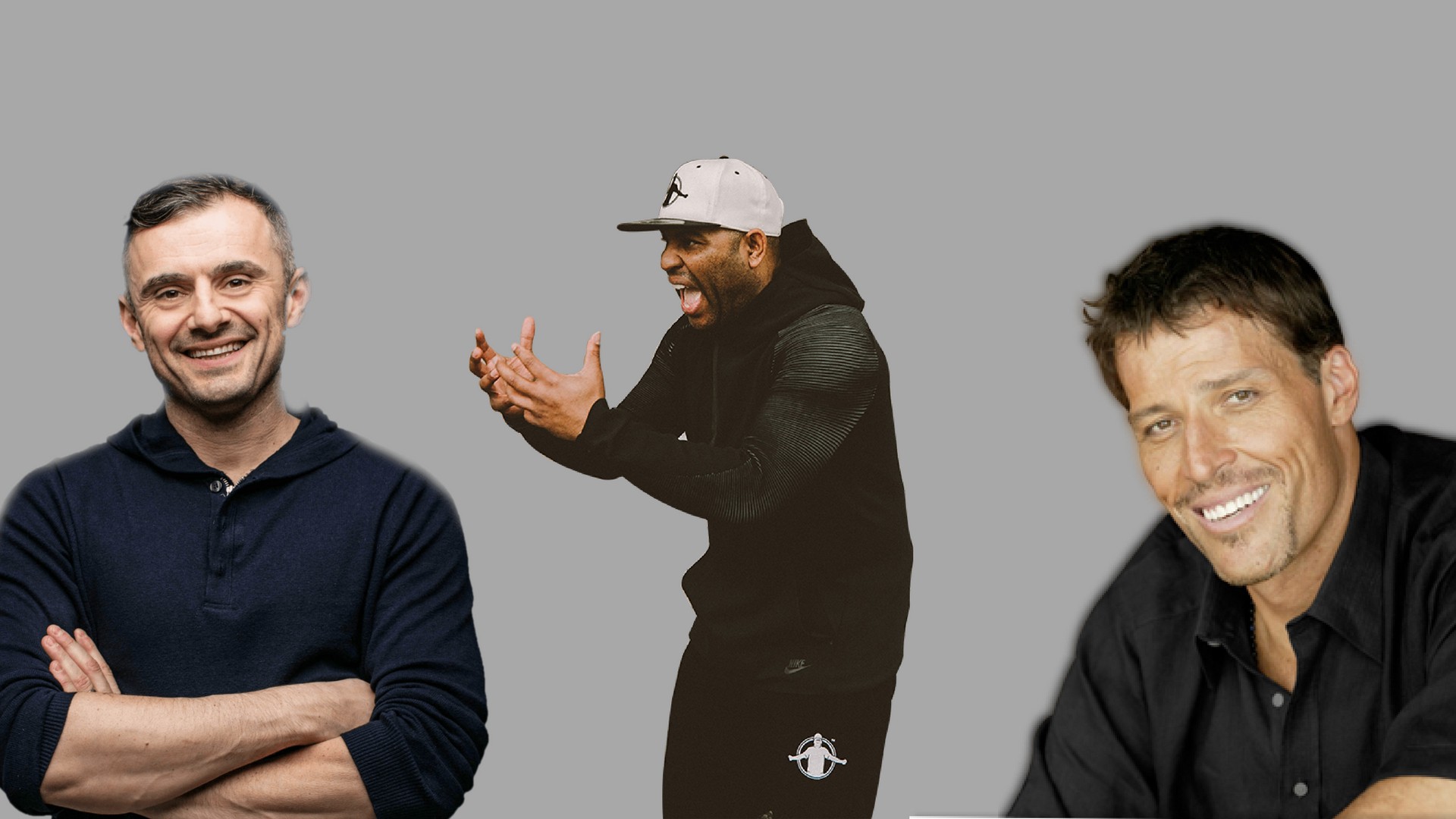 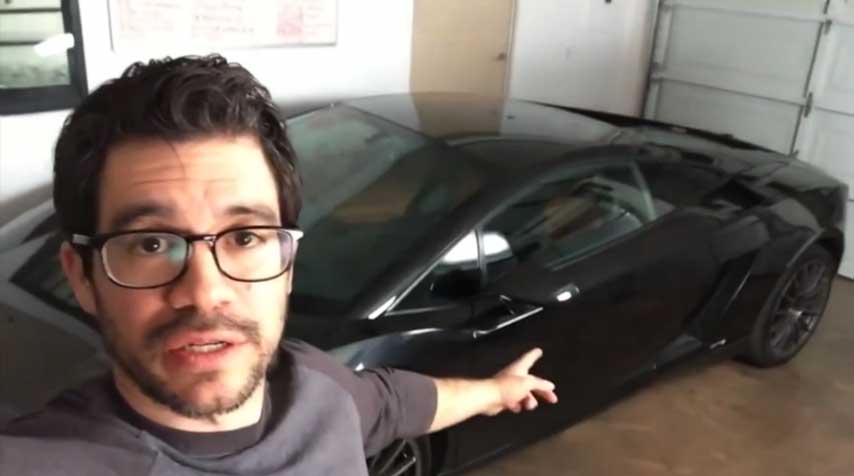 Business trainers and coaches induce FOMO. It’s really easy to exploit what was never your fault — your biases. Naturally, there is the whole industry of those who want to make money off of that.

There are courses on every topic imaginable. There are fraudulent ones, there are just useless ones, then there are really useful ones.

From the viewpoint of our research today, it doesn’t matter — the nature of learning itself can introduce you to the never-ending process of pointless learning, only for your whole knowledge system to crumble to dust in the very first real-world encounter, as it was purely synthetic.

If you really, sincerely, wish to get knowledge, then go and practice, do real things. If you’re an engineering student, go build a radio-controlled car, or a battle robot, or an Arduino-powered glass jukebox, or whatever you’d like — and take it to the competition. Seeing your creation competing in the real world, you’ll quickly learn to face the problems and overcome them.

If you’re learning coding, don’t just follow tutorials. Sure, go and build a Twitter clone by a tutorial, but then extend it — add CI/CD, add automatic deployment, make it build automatically after you push the code into a repository. Make it scale across multiple servers. Try to imagine the real problems of the real products: scalability, security, not failing under a DoS attack — and make your small pet-project overcome them.

Then, go and get an intern job. Nothing beats the real experience.

So be like James Hampton. Stop learning right now. If you’re in the uni, okay then, finish your education and take the most out of it, know your thing inside and out, but after that you have to stop.

Whatever your knowledge level is, it’s already enough.

It’s perfectly sufficient to make an impact. So take your knowledge, wield it as a weapon, and go make that impact.

You may be scared, but being scared while facing your biases is way more honorable and decent than allowing the fear to slowly eat you from the inside while you keep on slaving away inside the fake system of rewards and punishments that gets you nowhere. Even if you collect all that rewards, you’re still inside the fake system.

I hereby declare that you’re officially ready. If you need a formal document, here it is: 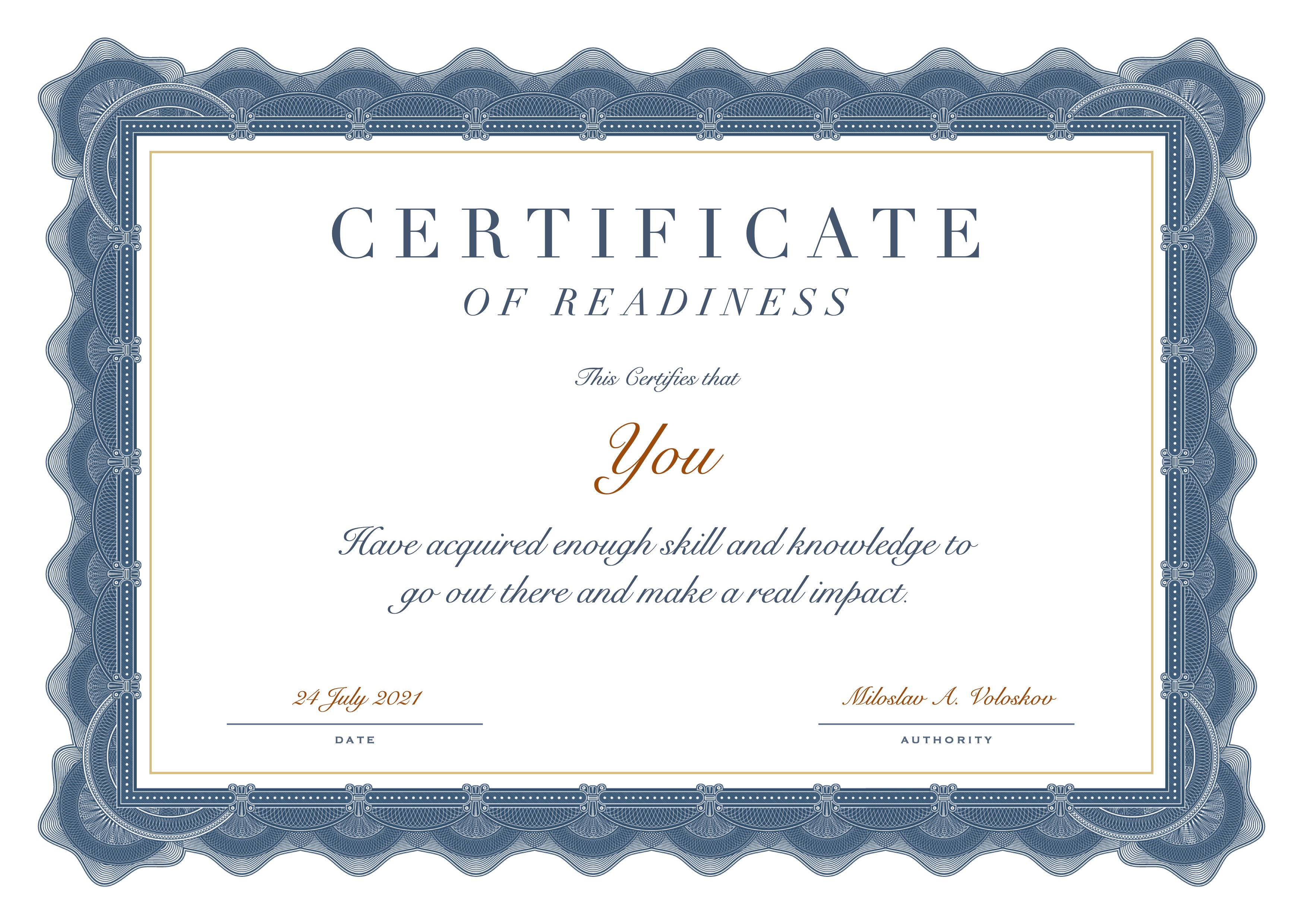